Boots in the Ashes

A Croak & Dagger Special Event! *Members only* check your email for an invitation to the Zoom event.

A special agent for 27 years, Beebe gained first-hand knowledge of the human capacity for evil. She overcame many obstacles on her journey through the treacherous world of illegal guns, gangs and bombs. She battled conflicts not only on the streets but also within ATF. Beebe learned how to thrive in the ultra-masculine world of violent crime and those whose job it is to stop it.

Her memoir Boots in the Ashes describes six major cases that read like crime fiction: four bombings, one arson fire and a massive roundup of the Hell's Angels on the West Coast. Plus riveting never before revealed trial testimonies, including killers, bombers, arsonists, victims, witnesses and judges.

To reduce the spread of COVID-19, in-person meetings are cancelled.

Let’s all get vaccinated, so NM can reach “herd immunity” and we can meet in-person again. 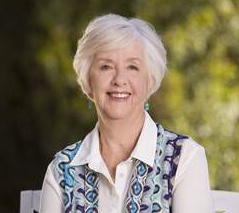