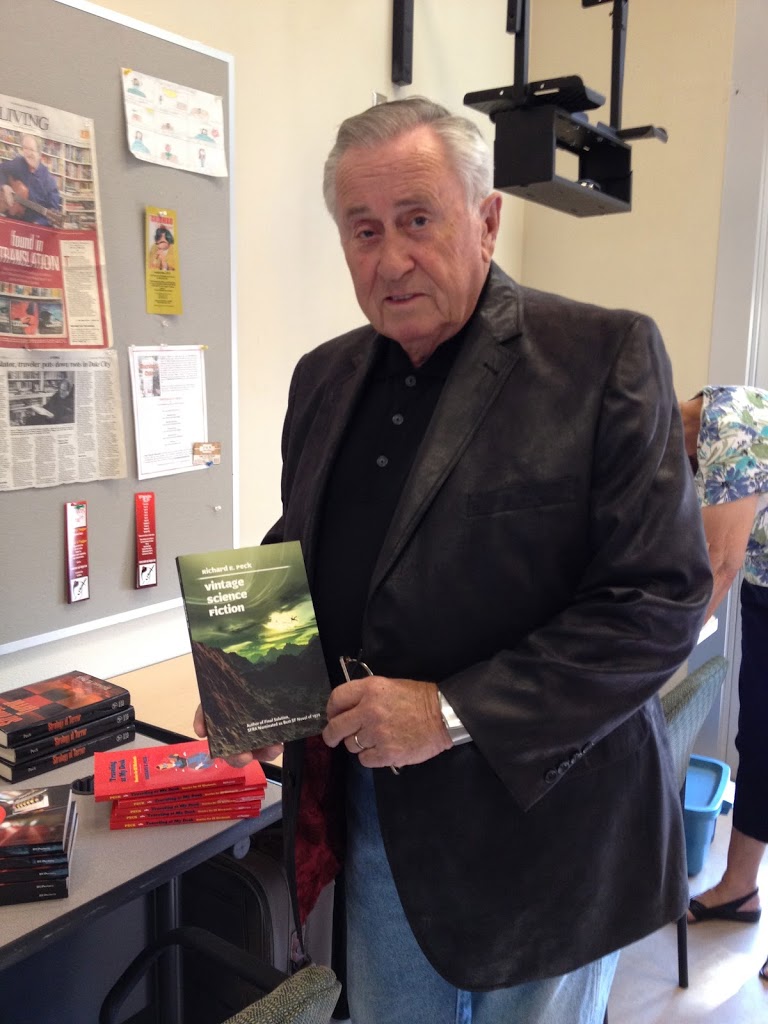 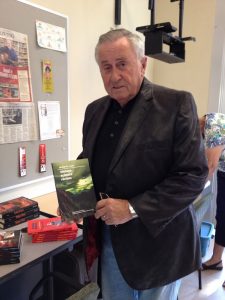 On May 22, 2012 Croak & Dagger welcomed Dr. Richard Peck as our guest speaker. The focus of his talk was dialogue in novels and plays.

Dr. Peck started out writing plays, directing plays, and performing in plays. After his retirement, he resumed his writing career by writing novels, short stories and newspaper articles.

Dr. Peck began his talk at Croak & Dagger by quoting Harlan Ellison: “A writer is someone who writes every day. An author is someone who once wrote something, and now goes on talk shows to talk about it.”

Dr. Peck said he would speak about writers, not authors. He admires writer Elmore Leonard who said, “There’s one rule for writing successful fiction. Unfortunately nobody knows what that is.” One of Leonard’s great strengths is he stays invisible as a writer, i.e., you don’t hear the narrator talking as you read. Mr. Leonard has a list of ten rules for good writing, published in the New York Times article “Easy on the Adverbs, Exclamation Points and Especially Hooptedoodle“:

Leonard’s most important rule sums up the 10: “If it sounds like writing, I rewrite it.”

Dr. Peck read an excerpt about turquoise from one of his own books, Dead Pawn. Turquoise plays a very important part in the book, and it was a long, beautifully detailed description of the stone. He decided that no character in the history of the world had ever talked that way, so he took the passage out. It became instead the frontispiece of the book.

Elmore’s Rule #8 – avoid detailed descriptions of characters. Dr. Peck visualizes a particular actor for each of his characters. He doesn’t mention the actor’s name, but he has in mind the physical characteristics of the person and infuses them into his character.

Elmore’s Rule #10 – leave out the part readers skip. It seems nobody skips the dialogue. Let’s have the conversation and leave out the “telling”. If it sounds like writing, rewrite it.

Dr. Peck has written 12 plays, directed 15, appeared in more than 30, and he’s learned plenty of tricks from his experiences. He suggests when you finish writing a book or a play, hire a playwright to revise it for you, or become a playwright yourself.

Raymond Hull, author of Profitable Playwriting, wrote many plays of his own, and worked as a ‘fixer’ of other people’s plays. Profitable Playwriting can help writers of books, too. Dr. Peck highly recommends it to all writers. It teaches the essentials of how to make characters come alive, write believable dialogue, handle conflict skillfully, and create effective endings. You can learn how to write dialogue by writing plays, since dialogue is the totality of a play.

Writers should keep in mind that each character in a book or a play has the lead in his own story. When Dr. Peck writes a book, he reads through each character’s scenes, just that character, all the way through. He measures the continuity and consistency of a character, and makes sure the story each brings to the book is fully told.

Each line of dialogue must do one of three things:

A good line does two of those things; a great line does all three. If you can make it denser and denser and carry the plot along with the dialogue, you’ve made a great revision.

Dr. Peck read passages from a couple of his own books to illustrate the points about dialogue. When a character’s point of view is used in a chapter to move the story forward, the words used must reflect the personality and unique viewpoint of that particular character.

For more information about Dr. Peck’s writing, be sure to visit his website: www.richardepeck.com. You can also find him on GoodReads.