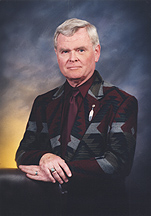 Robert Kresge writes the Warbonnet historical mystery series set in 1870s Wyoming: Murder for Greenhorns, Painted Women, Death’s Icy Hand. Rob has also written a Civil War spy novel based on real events, and modern-day short stories for a mystery magazine and anthologies. Rob retired from the CIA in 2002, after working on Southeast Asia, North Korea, Iraq during Desert Storm, gray market arms dealers, and sanctions against the former Yugoslavia. He was a founding member of the Counterterrorist Center, where he worked 10 years. On September 11, 2001 Rob was the senior analyst responsible for warning of terrorist threats to the United States. Rob served 30 years in the Army Reserve. He moved to Albuquerque New Mexico in 2002.
C&D: When did you begin the process of writing your first book?  How long did it take you?  What did you find most challenging?
Rob: I started in the Spring of 2000 and finished by the end of the year.  Of course, I was working full time then.  Since it was my first attempt at a novel, it was most challenging to keep the story interesting.  I only found out about procedural mistakes (like unintentional shifts of point of view) later.  I have since finished a couple of first drafts in as little as four months.
C&D: What is your work schedule like?  How has is changed since your first book?  Do you write every day?  How many hours a day or week?
Rob: Since I am a manuscript or two ahead of my publisher’s schedule right now, I mostly research and revise, a few hours week.  When I go on to expand the MS for my fourth book, I’ll probably go up to 20 hours for a few weeks.  And I may work a few 40-hour weeks when I start book numbers five and six.
C&D: Do you read your reviews and do they make a difference to you?
Rob: Yes, I read them all.  They make only a little difference.  I’ve only had one unfavorable review, from a local author I know.  I was most pleased to see a favorable review from Publishers Weekly this spring.

C&D: What is the most interesting criticism you have received?
Rob: I enjoy reading frustration in my best reviews that I’m not letting my two protagonists “get together” (a 19th century euphemism for hooking up) sooner.  This is an extended relationship that moves in fits and starts and involves miscommunication, misassumptions, and more romantic rivals that my readers haven’t even met yet.  “True love’s path never doth run smooth.”
C&D: What do you do in your spare time when you aren’t writing?
Rob: Julie and I travel to visit relatives and friends, tour interesting places, like Australia for six months and we’ll probably spend a few months in Europe next year.  Locally, we hike, bike, kayak, swim, and act as volunteer archeological site stewards (monitors) of cultural treasures in New Mexico for the National Park Service and the Bureau of Land Management.
C&D: Character, setting, story.  Which is your starting point?
Rob: Most mystery writers start either with unique main character(s) and then give them something to do or they begin with a unique crime and then come up with their protagonist(s).  We historical mystery readers can begin with a third way:  The era and place we want to use, then move to characters and setting.  So having picked the Old West of Wyoming in the 1870s, I start each book by figuring out what the in real history I can use to make a major impact on my plot or act as a backdrop.  Then I have to research the real historical characters I use, besides my two ever-evolving sleuths.
C&D: Do you outline your plot before you begin?  If so, how extensively?
Rob: Of the two schools of thought, I (and I think most mystery authors) outline.  Solution of crimes requires certain structure—a crime is committed, my sleuths have to decide to investigate, there needs to be an investigation that gradually uncovers clues, red herrings, and suspects; then, after some danger and thrills, comes a denouement.  And because the third part of my hist-mysts is romance, I have to carry the relationship on to a further stage, either happy or unhappy.  I used to outline chapter by chapter, but acting on good advice from Margaret Coel, I now outline scene by scene.

C&D: What is the best advice you would give another writer?

Rob: The same things I told members of the writing group I set up at CIA in 2000.  It had 180 members at my retirement and is still active today.

C&D: Who are some of your favorite authors?  Who do you draw inspiration from?
Rob: Tony Hillerman, Margaret Coel, Craig Johnson, and Michael Connelly.  Among authors of historical fiction:  Ellis Peters, Elizabeth Peters, Bernard Cornwell, and Patrick O’Brian.  My inspirations for handling the Kate Shaw-Monday Malone romance come from Margaret Coel and Elizabeth Peters.
C&D: Why do you write?  Why mysteries?
Rob: I write because I have stories I want to tell.  I write mysteries because they have a flexibility that lets me explore social issues, rewrite history (slightly), and depict complicated relationships.  I hope I entertain readers as I do so.  So many bestsellers are sometimes hard reading and have endings that disappoint.
C&D: Where do you get your story ideas?  How do you pick your locations?
Rob: I get my ideas from actual Wyoming and other Western history and my locations follow from that, or in the case of my eventual sixth book, that will be determined by where Kate Shaw comes from.
C&D: Do you know the ending to your book when you start writing?
Rob: Yes, always.  Although how my protagonists finally solve the crime might vary a little from my original conception.
C&D:

After it’s in print, do you ever wish it had a different ending?

Rob: Not so far.  If I’m dissatisfied with an ending, I try to fix it before the book is published.
C&D: How do you come up with titles?
Rob: I want titles that evoke either mystery, suspense, the Old West, or romance.  Painted Women, for instance, refers to more than one person in the story.

C&D: What was your biggest career break?
Rob: I guess it must have been the changing nature of book publishing, the rise of small presses, publication on demand, and e-reader devices and e-book original titles.  I was lucky to have found an excellent publisher here in Albuquerque (ABQ Press) and we see eye to eye on most subjects.
For more information about Rob’s Warbonnet series, visit his website: www.robertkresge.com.