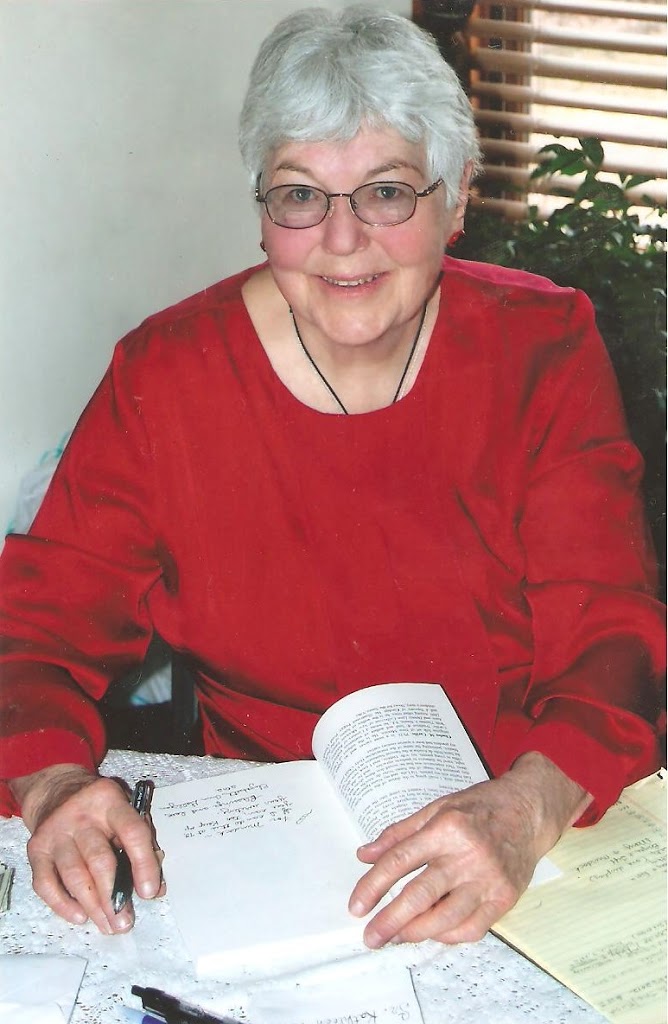 Author, poet and educator, Albuquerque resident Elizabeth Ann Galligan, Ph.D., holds degrees in anthropology, Latin American Studies, and Curriculum and Instruction in Multicultural Teacher Education. As illustrated in her debut novel, Secrets of the Plumed Saint: A Tale of Intrigue from Northern New Mexico, she is intimately familiar with the multicultural heritage of the Southwest and is enchanted by its ever-changing landscape, particularly that of northern New Mexico. Galligan’s poetic roots are reflected in her lyric prose describing the tapestry of cultures and religions that define the state.

C&D: When did you begin the process of writing your first book?

EAG: Five years ago and after attending two Tony Hillerman (mystery) Writers’ conferences, I still could not fathom how anyone could write a novel. How could one keep track of all the strands, fibers and loose ends? How did one begin? It was not until I got an idea for a mystery novel that subsequent workshops began to help me, as did joining Southwest Writers, learning from other writers, and experiencing a meditative approach to writing from Mark David Gerson that I dared to entertain the notion that I could do it. Although I read many mysteries, and especially works set in the Southwest, I could never figure out whodunnit. So, how dare I write a mystery?

When I started writing Secrets of the Plumed Saint, in my early 70s, I did not know how my “debut novel” would end – or if I could even complete the manuscript. I did not have a glimmer of who might have stolen the 100-year old statue of the Santo Niño from its chapel high in a mountain valley nor what the motive(s) might be. I had the core but the story would take many twists and turns as I wrote. I had to listen as the story unfolded and curb my control self from jumping in.

Some say writing is a lonely and isolating effort; I did not find it so. It was collaboration from start to finish. I knew I would need lots of help; I did what research I could by myself. Finally, I asked an expert on traditional sacred art in New Mexico to be my consultant. When he generously consented, I had someone who gave me a crutch to lean on and an on-going link to expert advice and fact corrections when needed.

I surrounded myself with trusted literate friends. I tried out my first chapters on their ears. I wouldn’t let anyone read the first few chapters; I insisted on reading aloud to them what I had written. I think this is good practice because I could catch omissions of words, bad word choices, and awkward phrasing right away. If I didn’t, they did. My listeners were not afraid to tell me when something was unclear. So, I strove to make the words work better.

I am not afraid to ask for help and pick others’ brains about their writing experiences, and I love listening to people’s stories. My best advice to writers is to listen, listen, listen, and then ask questions.

C&D: You use a lot of humor and your similes and metaphors are linked to the region. Why?

EAG: The use of humor is natural to me and so several of the characters reflect that. They joke around and tease each other good-naturedly. It was a conscious decision to integrate humor into the story.

As I read more and more mysteries, I became irritated when similes were often out-of-date or referenced very narrow cultural tidbits (She sang like a young Janis Joplin). They did not fit the time or the landscape. I tried very hard to come up with comparisons that were grounded in nature and which invoked the real life of the characters.

C&D: What’s the one question no one asks you and you wish they would?

EAG: Why is your book unique? What special qualities does it have?

Secrets of the Plumed Saint is unique in that it illuminates the dynamics of the cultural and religious practices of a Hispanic Catholic traditional community and demonstrates how the villagers use their wits and wiles and faith to solve the disappearance of their statue. It suggests that relationships between the communities and the Church hierarchy were sometimes strained. It also celebrates the manifestations of faith and strong reliance upon spiritual allies. It is rooted and grounded in place and shows how the land, sky, climate, scapes, mountains, and history of the area have profound significance in the lives of the people.

To learn more about Elizabeth and Secrets of the Plumed Saint, including images from the book and an excerpt, visit her website: http://elizabethanngalligan.com